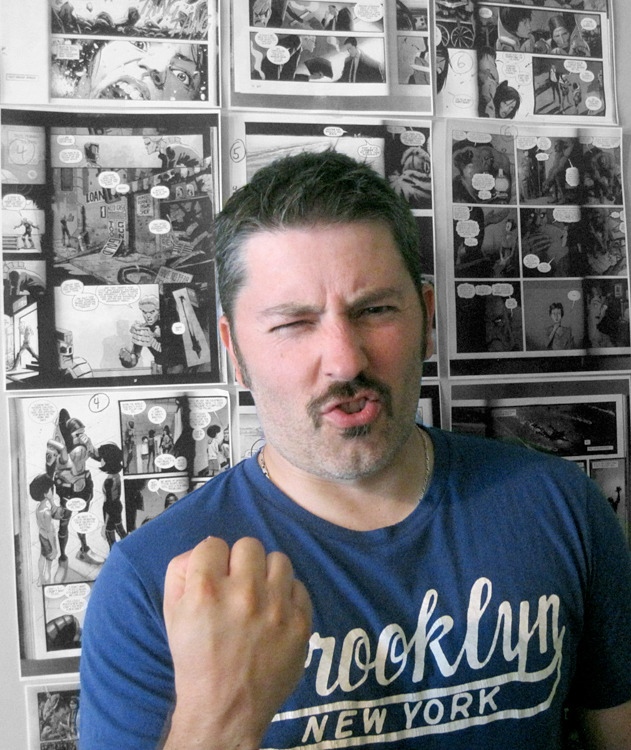 If you landed on this website by chance or circumstance, you may be wondering what’s going on here and who is this Nick Macari guy?…

Macari’s just a dude who’s been flying under the radar, writing in the entertainment industry for more than 20 years. He’s had a lot of jobs in life, from special effects artist, to coffee shop owner, but since 2009, he’s been a full-time creative writing mercenary (a professional for hire, as it were).

When he’s not story consulting, editing or writing for other folks, he’s usually writing articles to help other writers get on top of their game. Sharing a couple decades worth of experience, paying it forward as best he can with his insights and hard-earned life lessons.

Nick’s go to genres are Sci-fi / Fantasy / Horror, but of course as any good writer, he rolls his sleeves up and gets into any genre that presents itself well. A product of the 70’s and 80’s in New York City, he sees the world through eclectic glasses of a more innocent era. He might as easily be found watching Big Trouble in Little China, as curled up on the couch with a dog and Tolstoy.

For more about Macari check out his bio on his main site.