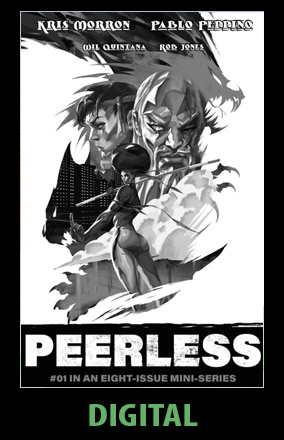 A Wing Chun master fights her way through NYC’s toughest gangs to stop the execution of her lover at the hands of an occult martial arts clan hell-bent on stealing the secret of an ancient martial art technique.

The past binds or braces, depending on how you choose to face it.

KIARA, a teen from the South Bronx gets mixed up with the most notorious street gang in the city, THE DRAGONS. Not willing to let her only daughter spiral down a life of crime and hardship, Kiara’s mother reaches for a lifeline and sends Kiara to VALENTINE, a local Vietnam vet/bar owner, who runs a kung-fu dojo, teaching and mentoring street kids in self-discipline and self-respect.

But things between the Dragons and Kiara only escalate. Framed for a crime she didn’t commit, the teen escapes to the safety of China, to study under Valentine’s kung-fu teacher.

Years later, the twenty-something street kid from the South Bronx rises to become one off five elite kung-fu masters, known as the FISTS OF FATE. Legendary warriors of China dedicated to fighting the sinister forces of the far East.

When Kiara’s boyfriend, another member of the Fists of Fate, disappears during a trip to NYC, Kiara reluctantly returns to her old hood, determined to find him.

But NYC circa 1977 hasn’t changed… In fact it’s gotten worse. Much worse.

A mortal enemy to Fists of Fate has taken up with New York’s CHINESE TRIADS, undermining the South Bronx, to make way for a new Triad heroin hub. The old, formidable foe from China’s mainland obsesses over learning the Fists of Fate’s secret Kung-fu technique known as the PEERLESS FIST. And having taken Kiara’s boyfriend he’ll stop at nothing to discover it.

With no where to turn, Kiara teams up with her old South Bronx mentor’s current group of teenage kung-fu students to free her boyfriend. A task far easier said than done, as her arch nemesis has united all the South Bronx’s deadly street gangs to wipe out Kiara’s old neighborhood and anyone who stands in his way.

Set against the historic NYC blackout of 1977; a kick ass kung-fu master chick and a bunch of wana be kung-fu teens, take on every bad-ass gang in the South Bronx, Chinese Triads, an evil kung-fu master of the dark supernatural arts, and his three boss-level baddies.

Directly inspired by the over-the-top kung fu action of classic SHAW BROTHERS flicks, unique themed gangs from THE WARRIORS, fun fast paced adventure from BIG TROUBLE IN LITTLE CHINA, big cinematic kung-fu of ENTER THE DRAGON, and in your face attitude of COFFY and other 70’s Blaxploitation movies, Tale of Two Cranes doesn’t pull any punches.

A true love letter to New York City before it was gentrified; to deep, engaging story, wrapped up in an-impossible-to-put-down package of entertaining fun, to weekend couch surfing Kung-Fu Theater.

This ambitious 8 issue mini-series has been painstakingly conceived and written over the last three years and has now gone into art production with the extraordinary illustrative talents of Pablo Peppino. Each issue promises a PEERLESS dedication to quality and a complete, entertaining, satisfying experience.

I don’t co-write with other writers, but when Kris Morron approached me for editing help, I fell in love with Peerless and offered to co-write/co-create the series with him.

When the Peerless crowdfund launched, our artist fell seriously ill, missed critical deadlines, and created a downward spiral of creative differences and pressures, on how the series should proceed.

As it was Kris’ first comic publishing project, I was more than happy to step back and let him run the project as he saw fit, delegating my role to strictly creative (writing) and consulting. However, without confidence the project could be delivered on time, I pulled my name from the cover and officially backed out of production of the series before crowdfunding ended.

I couldn't in good conscience, take peoples' money on a project that was likely to significantly miss its deadline.

I was elated that Kris and his creative team pulled it out and published issue 1, on time as promised!

Unfortunately, it looks like Kris has shelved production of the series until further notice. A real shame, as the story is a truly something special.

The first issue is a fun read and if you want to check out some of my more recent work, you can snag the digital ashcan black and white version of Peerless. This B+W version captures the gritty, raw feeling of 1970’s closer as I, personally, originally envisioned it.

Peerless is the poster child of the difficulties of indie comics. How a solid comic story can be a 9-10 on the scale of sheer entertainment awesome sauce, yet still not gain enough traction to sustain itself.